v/a KOMPAKT TOTAL 9 3xLP
*** Triple LP version; 10 tracks from the double CD version. "This is the ninth Total, and it marks 15 years of enduring music from Cologne's hardest-working label. Total 9 looks back at the best musical moments of the past year and looks forward to the future, with some exclusive music you will only find here from the likes of the dynamic duo Supermayer, Jörg Burger aka The Modernist, Freiland (the post-Studio Eins series by Wolfgang Voigt), Thomas Fehlmann, Jürgen Paape, DJ Koze, Justus Köhncke, and more."

ELLEN ALLIEN Sprung / Its 12"
*** "The first 12'' from Allien's 4th album, which presents two tracks from the album in extended vinyl versions. Smooth, precise loops and subliminal bass lines accent the mysterious nature of the songs."

ost DAISIES CD
*** "The follow-up to the critically-acclaimed release of (the previously unreleased) Valerie And Her Week Of Wonders -- another Czech masterpiece. This immaculate release has been compiled in close accordance to the original storyline and comes complete with unseen archive images, original international poster designs and new and extensive sleevenotes by Andy Votel and Professor Peter Hames. This release also carries personal endorsements from Jarvis Cocker, Trish Keenan (Broadcast) and Jim O'Rourke."

v/a NIGERIA DISCO FUNK SPECIAL: The Sound of the Underground Lagos Dancefloor 1974-79 CD
*** "Lagos, Nigeria, 1974-1979: the funk & disco capital of West Africa. Nigeria Disco Funk Special is an amazing collection of heavy dancefloor grooves from urban Lagos in the '70s -- hot and driving slices of funk, disco and boogie that show just how vibrant the music scene was in one of West Africa's most populous and culturally diverse cities."

v/a POP SHOPPING CD
*** Subtitled: Juicy Music from German Commercials 60-75. "Lets go way back in time; imagine Gerd Wilden, Klaus Doldinger and Horst Jankowski when they were young and reckless: this all-style Pop-o-rama with and without sing sung slogans and subliminal messages will leave you and your grandma breathless!"

BALDELLI & DIONIGI Cosmic Disco?! Cosmic Rock!!! CD
*** "Daniele Baldelli remains one of the first Italian DJs, who started his illustrious career back in the '60s and became one of Italo-disco's kings of the dancefloor. Cosmic Disco?! Cosmic Rock!!! celebrates a turntable odyssey from a man who lived and breathed Italian disco, American Rn'B and synth pop and pioneered the sound which has influenced countless DJs and producers who currently mine the golden age of synth pop for inspiration. A mixture of European records alongside American soul records, rhythm and blues and funk combined with Afro style against Ravel, Steve Reich, Jorge Ben, Depeche Mode and Malinke chants from New Guinea. Edited by Marco Dionigi."

KAREN DALTON Loop Tapes CD
*** "Never-released 1963 home recordings discovered on the same reel-to-reel tapes that house Cotton Eyed Joe. Karen Dalton circa 1962/63 was at her most pure, most powerful, and at ease. These recordings document her unique artistry at the time she was profoundly influencing the likes of Fred Neil, Tim Hardin and Bob Dylan."

GAS Nah Und Fern 4xCD
*** "A remastered deluxe package of all four Mille Plateaux albums by Kompakt's co-founder and co-owner, Wolfgang Voigt. Gas is the vision of a sonic body between Schönberg and Kraftwerk, between French horn and bass drum. Gas is Wagner goes glam rock, and Hansel and Gretel on acid. Gas takes you on a seemingly endless march through the woods into the discotheque. Reducing the material to its basic aesthetic structure by using different zoom, loop and alienation techniques, he releases it from its original meaning and context, creating a kind of aesthetic essence, a cave to get lost inside. This 4CD box comes in a special and stylish collector's format, including 4 small artwork prints."

GROUPER Dragging A Dead Deer Up A Hill CD
*** "The third full-length for Portland-based Liz Harris. Harris turns down the fuzz boxes which caged (and to some degree defined) her sound and allows her voice to ring out above everything else. It is an album steeped in the world of dream-pop -- a genre pioneered by the likes of Cocteau Twins and This Mortal Coil -- perfect, left-field pop songs."

HERBIE HANCOCK Hear, O Israel CD
*** "Originally privately pressed in 1968 in minute numbers and only for sale at Friday night prayer concerts, Hear, O Israel has to be one of the rarest and most extraordinary jazz recordings to come out of New York. Written by a 17 year-old and played by one of the greatest jazz line-ups of all time, this really has to be heard to be believed. Music written by HERBIE HANCOCK, JEROME RICHARDSON, THAD JONES, RON CARTER, JONATHAN KLEIN and GRADY TATE."

JOHN HILL Six Moons Of Jupiter CD
*** "This is a previously unreleased concept album from John Hill pulling together a veritable smorgasbord of US legends including SUSAN CHRISTIE, Moog pioneer WALTER SEAR, jazz legend GERRY MULLIGAN and JIMMY VALERIO to produce this progressive break-heavy monster, once doomed never to see the light of day."

MELVIN JACKSON Funky Skull CD
*** "Amplified bass, electronic effects, and more, all served up in one of the headiest funk albums of the '60s. Eddie Harris' bassman Melvin Jackson works with AACM horns, PHIL UPCHURCH, SOUND OF FEELING, and lots of funky rhythms on the stretched-out tracks. Soulful, sophisticated, and totally righteous!"

JENNIFER O'CONNOR Here With Me CD
*** "Here With Me is a breezier, more upbeat work than 2006's fantastic Over The Mountain, but we'd be lying if we told you the album packed any less of an emotional wallop. Jennifer's songs have never before sounded this crafted, or hit the listener with such immediacy."

JUDEE SILL Dreams Come True 2xCD
*** "Judee Sill died of a heroin overdose in 1979 before she completed her third album. The eight songs intended for that album are included here, mixed by JIM O'ROURKE. This 2CD set also includes rarities from the '60s and '70s."

STUDIO Yearbook 2 CD
*** "This is THE collection of Studio's celebrated Balearic-dub-disco remixes of Kylie Minogue, Williams, A Mountain Of One, Shout Out Louds, Love Is All, Rubies, and Brennan Green. These are highly sought-after remixes compiled together from hard-to-get vinyl releases." 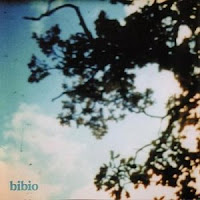 BIBIO fi CD
"Recommended to Mush by Marcus Eoin of Boards Of Canada, the debut release from central England's Stephen Wilkinson (aka Bibio) is a triumph of saturation, distortion, and musical obscurity. Comprised of seventeen ambient songs built on samples of his own work rather than the work of others, fi is rich in musical imagery. Using manipulated live instrumentation, field recordings, and a strong portion of effects, Bibio's musical influences - the Incredible String Band, Joao Gilberto, My Bloody Valentine, Tortoise, and the producers of Warp Records - seep into his compositions. Bibio's debut is a revelation in the emotional power of lo-fi ambient compositions and clearly establishes him as a producer who has developed his own unique voice."

A gorgeous album of warped and damaged acoustic fingerpickings that Boards of Canada's Marcus Eoin calls "the antidote to the modern laptopia of pristine electronic music." This is solitary and moody enchantment, equally perfect for walks and road trips. For a slightly more frenetic workout, check Bibio's second album, Hand Cranked. A third record, Vignetting the Compost, should arrive later this year.

ATLAS SOUND Let The Blind Lead Those Who Cannot See + Another Bedroom 2xLP
*** "This is the first vinyl release for the acclaimed solo debut from Bradford Cox. To make the 4 sides of the album complete, there are six new songs added. Rest assured, these are not mere 'leftovers' from the mixing of the album. In fact, most of them were recorded after the album had already been completed." Deluxe gatefold packaging.

BRAZILIAN GIRLS New York City CD
*** "Third album by the critically acclaimed group expands on their signature, multi-lingual sound while paying respect to their international roots and the city where they got their start." BAABA MAAL guests.

CLINIC Funf CD
*** "Ten years of Clinic flipsides are joyously addled but have consistently given a reason to listen beyond the A-sides, covering acid punk to damaged hoedowns and any stops in between."

DR. DOG Fate CD
*** "Fate is the record Dr. Dog were destined to make, a timeless yet contemporary distillation of the band's open-armed, big-hearted sound taken to new heights of craft and creativity. Inventive, magnificently realized, and absolutely irresistible."

THE FAINT Fasciinatiion CD
*** "The vocals sound less human than ever before; the bass lines are more mangled, keyboards spiral and squeal out of control; electronic pings and stabs invade the melodies; the lyrical anxiety and disdain of previous albums pervades on every song."

RANDY NEWMAN Harps & Angels CD
*** "Randy Newman's first studio album of all new material in nearly a decade is, by turns, hilarious, poignant and scathingly satirical. 'Harps and Angels' often has an easy going Crescent City feel, with Newman on piano fronting a small combo and revealing his serious love and study of the New Orleans piano tradition."

CONOR OBERST Conor Oberst CD
*** BRIGHT EYES frontman's first true solo album in over a decade as played by the Mystic Valley Band(!), recorded in a mountain valley and unaware of the hour of the day.

ONEIDA Preteen Weaponry CD
*** "'Preteen Weaponry' reminds Oneida of what a live performance might sound like. It contains captured improvisational moments married with craft. You can consider it an introduction to their forthcoming triple album 'Rated O.'"

TAMBA TRIO The Miraculous... CD
*** RECOMMENDED DUSTY GROOVES says "The CD is one of the best introductions to their work we've ever seen. Nearly 3 albums' worth of music from the legendary Tamba Trio -- one of the grooviest groups in the 60s bossa years in Brazil! The trio are quite unique -- in that they not only play upbeat bossa rhythms, but also harmonize along with their grooves -- in a soaringly sublime quality that really electrifies the tunes!"
Posted by John @ Wazoo at 11:49 AM